The Challenge kicks off at Veg Fest on April 29!

David Schellenberg has been talking tech on the radio since 1994.  He has covered the rise of the Internet, high definition televisions and the evolution of video games.  He covers both the technology, and its impact of economics, politics and the way that we communicate.  His segment, TECHBiTE, airs on LiVE 88.5 just after 7 a.m.

But on April 29, David will be talking vegan as a guest emcee at Veg Fest. And between May 1 and May 31, he will be eating vegan as he undertakes the NCVA’s 31-Day Vegan Challenge. In the interest of disclosure, David has been dabbling in the vegan lifestyle for the past several months on the advice of his personal trainer, Kyle Den Bak (who, incidentally, ran the Boston Marathon today).

Got all of that?

David will surely be a fierce contender for the title of Ottawa’s Next Top Vegan—don’t let his non-committal attitude and fear of tofu tell you otherwise (on that note, can anyone give the poor guy a decent tofu recipe?).

Want to join David in the challenge? Just email the Challenge organizers at vegchallenge (at) ncva (dot) ca.

Next, David talks about his veg experience so far, including vegan perogies and the vegan beer pairing night he hosted.

NCVA: What is your current veg status?

David: Currently I eat very healthy at home with lots of whole natural foods especially vegetables and fruit with very little prepared food of any kind.  On the road is a bit more complicated to eat properly but I try to make the best choices I can.

I love food – especially a big variety.  Growing up in a family that is comprised of naturally great cooks has given me a true appreciation of how good food can really taste.  My parents are both from farms and we had a big garden in the city.  Tomatoes, cucumbers, carrots and everything else just doesn’t taste right unless it is fresh.  (Peas are particularly tasty from the garden and awful from a bag or can.)

NCVA: Tell us about your veg history- what got you interested in the lifestyle, what has been your experience?

David: My primary motivation is simply to lose some weight and the suggestion to go vegan came from my trainer.  My early morning shift initially played havoc with my eating schedule and it has taken me a couple of years to get back on track.

My experience has been pretty positive.  I have found lots of new foods to try that have been amazing.

NCVA: We understand that you did your own veg challenge in recent months. How did that go? Tell us a bit about it.

David: My trainer is encouraging me to do what he calls the “6 Week Vegan Challenge”.  Part of the challenge is going well.  As my fridge has slowly been emptied of non-vegan foods they have been replaced by
healthier choices.

I am starting to realize that a purely vegan diet is probably not going to be in my future, but I have made dramatic changes already and don’t intend to go backwards. 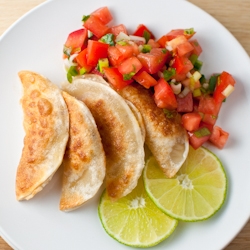 NCVA: You had a perogie party recently that was not vegan, so obviously you are still on the fence. What benefits are you hoping to derive from moving in a more veg direction?

David: My personal goals are losing weight and being healthier.

The perogie party was an interesting experience because it was a great mix of people where everyone was making and sharing their perogie masterpieces.  Personally I found that some of the best tasting perogies where vegan – plus, dipping perogies into salsa or guacamole was much more tasty than sour cream.

I also had a vegan beer pairing night where the guys came over during the NHL All Stars game.  Each guy brought a vegan dish and a beer to pair.  Was an amazing mix of foods.

Another time, I had a paleo/vegan dinner with a bunch of friends.  Eight people came for dinner and each one brought a dish that was both vegan and paleo with a wine pairing.  This dinner had it all with appetizers, soups, main courses and desserts that where healthy and delicious.

NCVA: What interests you about the NCVA Next Top Vegan challenge? Are you in it to win it?

David: My interest is to find new foods and eat smarter.  I feel no pressure to win a competition but I look forward to the experience.

NCVA: Have you been to Veg Fest before? What are you looking forward to at the event?

David: I have never heard of Veg Fest until this year.  I am looking forward to being able to discover great new foods.

NCVA: What have been the highlights of your veg experience to-date? Any funny or terrifying moments? 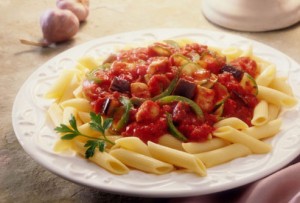 David: Biggest discovery so far has been how unhealthy many prepared vegan foods can be.  Reading the labels of most recommended vegan prepared foods reveals that they usually high in salt and often high in sugar. It is a real disappointment to see many ‘health’ stores stocking their shelves with products that may be vegan, but are certainly not healthy.

I still haven’t found any way of preparing tofu that I enjoy.  No matter how many varieties or recipes I have explored it always manages to taste like a firm lump of goo.

I do have a new found appreciation for classic foods that happen to be vegan.  So many Italian and Mexican dishes are amazing.  Fresh Italian pasta with a thick tomato sauce full of sweet red peppers is so tasty.  Salsa with organic chips and guacamole is healthy, easy and a huge crowd-pleaser.